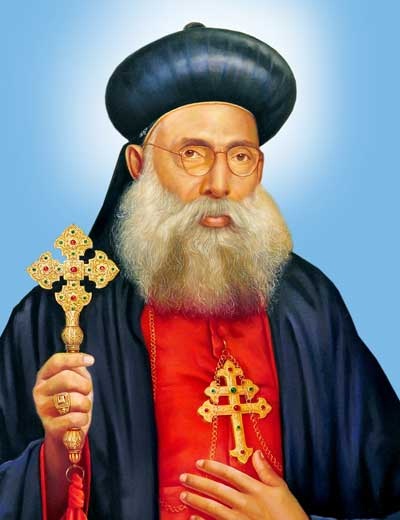 Mar Ivanios was born in Mavelikara in Kerala on 21 September, 1882. He was ordained Deacon on 9 January, 1900. He took his MA Degree from Madras Christian College in 1907. This won him the familiar appellation ,M.A. Achen, as he was the first to acquire this academic distinction among the clergy from the Syrian Orthodox fold. Soon he was appointed Principal of M. D. Seminary High School, Kottayam where he had been a student. On 15 September, 1908 he was ordained Priest.

During the period 1913-1919 he occupied, on invitation, the coveted Chairs of Professor of Economics and Syriac in Serampore University College, Calcutta. In recognition of his scholarship, he was appointed the Chairman of the Board of Studies for Eastern Languages of the University for a long spell. His commitment to the cause of women,s education is evidenced by the provision he gained at Diocesan College, Calcutta to admit female students from Kerala. On 15 August, 1919 he founded the Bethany Ashram imbibing the Indian spiritual traditions and the monastic spirituality of St. Basil. On 1 May, 1925 he was consecrated Bishop.

Archbishop Mar Ivanios, whom G. K. Chesterton referred to as a ,heroic figure, and a ,unique priest from the East,, spoke at various foreign Universities and Centres, and commanded great respect among scholars in Europe, America, and Australia. In 1947 the University of San Francisco conferred on him the Honorary Doctorate L. L. D. The Chancellor of the University described him as an ,unqualified patriot, renowned scholar, Eastern visionary, Christian philosopher . . . .,

In his pastoral ministry he made remarkable contributions to various aspects of human life. Convinced of the fact that the empowering of people is possible only through education, he established several educational institutions including Mar Ivanios College. In his letter to the Pro-Vice-Chancellor of Travancore University in 1945, he expressed his desire to establish a college which would offer ,courses different from the conventional ones which our present-day colleges usually offer, and thus ,open up new paths in offering such courses.,It was also envisaged that the college will provide ,all the avenues for co-curricular activities., This clearly reveals his futuristic vision on higher education.

Being aware that socio-economic well being is indispensable for leading a worthy life, he initiated various programmes for the uplift of the people. His care and concern for them transcended the barriers of religion, caste, creed, and socio-economic status. On 15 July 1953 he was called to eternal rest.

Thousands of people hail him as a Saint. On 15 July, 2007 the Holy Episcopal Synod of the Malankara Catholic Church declared him Servant of God as part of the cause of Canonization.